February 1996 seemed very ordinary until the day I met Kimberley. It was automatic for both of us, we knew ! Our mutual friend (who was my uncle and worked at the same company that Kim did) said there was something “special” about each of us. I asked him, “Who is she?” and she asked him, “Who is he?” The day we met, I knew it was already too late – I already liked her.
Kim and I became close and one day she told me, “I have a brain tumor.” I said, “It’s too late, I already like you and want to get to know you!” Kimberley proceeded to tell me how her brain tumor journey began. In the beginning of 1992, she began having headaches and dizziness, which got progressively worse. She went to her doctor, and she was told that nothing was wrong, she was fine. 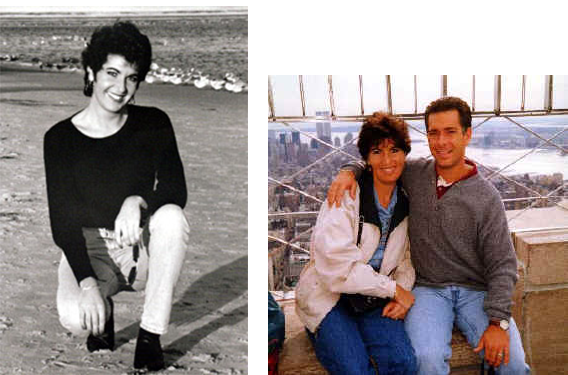 Links to the Lighter Side

The headaches and dizziness still continued to get stronger and more intense. She was living in Florida at the time, and she finally went home to visit her family in Boston in July of 1992. She saw doctors, neurologists, and psychiatrists who all told her she was fine, her problem was emotional, and it was “all in her head.” While at home, she had a grand-mal seizure and was taken to the ER. An MRI showed she had a golf-ball sized tumor in her right parietal lobe (which the pathology later stated was an oligodendroglioma). She was told the tumor needed to be removed immediately and within 3 days, Kimberley had her first crainiotomy.